A new book by one of our members was recently published. Stefan Höschele, currently serving as our Secretary-Treasurer, is Professor of Systematic Theology & Adventist Studies at Theologische Hochschule Friedensau. His book Adventist Interchurch Relations: A Study in Ecumenics was just published by Vandenhoek & Ruprecht. 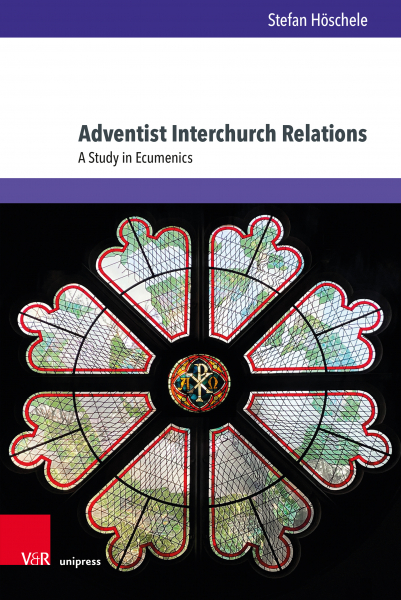 This study presents the first comprehensive analysis of Seventhday Adventist interchurch relations – a 20-million member body whose ecumenical stance has so far been underresearched. For the sake of interpreting denominational involvement and reservations in Adventism as well as beyond, the study develops a new academic approach to ecumenism based on Relational Models Theory, a comprehensive social science paradigm of interpreting human relationships. The resulting typology of ecumenical interactions and the historical case study of Adventism suggest that such a relational interpretation of ecumenical interaction sheds light on many of the unresolved issues in ecumenics – such as divergent concepts of unity, difficulties in recognition processes, and the permanence of denominationalism.
More information can be found here: https://www.vandenhoeck-ruprecht-verlage.com/hoeschele_adventist